We work in a disciplined environment. That is: we educate children on the value of obeying societies rules, good conduct, and so on. Discipline is not punishment, and punishment is not discipline. This fact is often lost in today’s younger parents.

Many parents are today following the American concept of ‘everyone is a winner’, ‘respect is weakness’ and so on. We do not subscribe to such philosophy and we do not encourage parents who think that way to bring their kids to us. We have noted that Southern African children – still holding to the older values – are vastly outpacing the new age kids. This is our way, the ‘old way’.

Young children must work hard, be respectful, be kind to their peers, and so on. Many children today are not like that and don’t even understand the concept. We start by allowing them time to fit in. The group action does the work with very little requirement for punishment. Any punishment required is simply push ups, or a time out to reflect. Children learn fast and thrive in boundaries – a fact lost in modern times. Our method starts with imposed discipline for youngsters, eventually changing to their own self-discipline as they mature.

As much as we promote discipline, we also promote freedom of mind within that framework. We encourage fun, chatting, banter, and other things, all for self expression and team building. These are all done at the ‘right time’ giving the student an understanding of appropriate time and place of action.

Self-discipline is the quality found in all successful people. It is nurtured through imposed discipline and explanation of human action and reaction. From this starting framework, the youngster can then develop their own self-discipline over time. 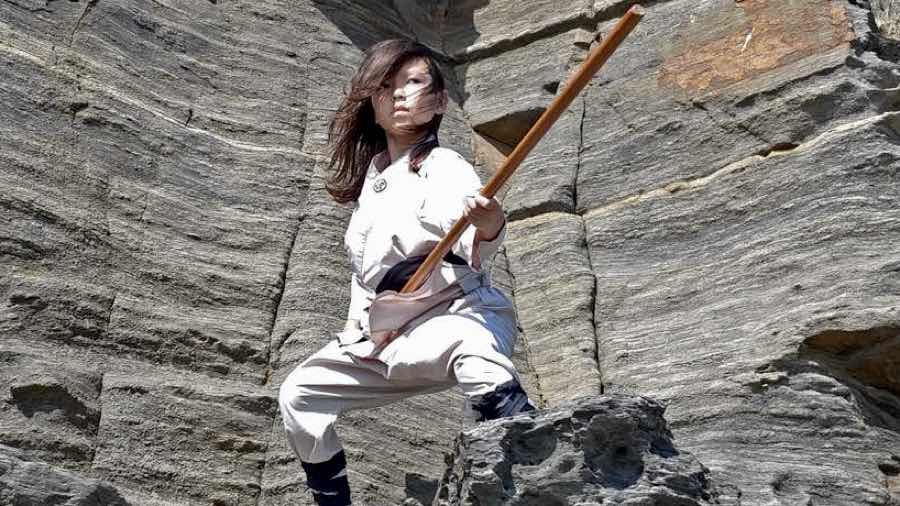 Onyx training with the wooden staff. 2018

Respect has wide ranging benefits for society – and the individual. Society benefits with respect. Respect for each other, for environment, for culture, all go towards a better world.

Respect is a form of self defence, especially for children. When a child is respectful, they immediately get a positive reaction from adults. Good personal reaction always leads to a growing confidence on how to deal with people and society as a whole. Rude children (ignorant of manners) get a negative reaction from adults, be it obvious, or a subtle reaction. The negative reaction causes stress and fear in children and an ongoing negative cycle begins. This can all be avoided by instilling manners in children. In some circumstances, a polite child will avoid physical damage by not enraging a bad situation.

Respect is not a weakness – it is the opposite – is is a virtue and a self defence all in one. Without respect the society has discomfort at its micro level and violence at its macro level. All people, of all races and persuasions, are enhanced and indeed safer with respectful people.

Teaching extreme acrobatic movement, or weapons for older students, as examples, require the exponent to be disciplined, but also controlled in mind and body. (Actually, these traits are all intertwined but we separate them for sake of clear discussion.) This learning process, the virtue of control and restraint, is rarely, if ever, taught in other activities nowadays. 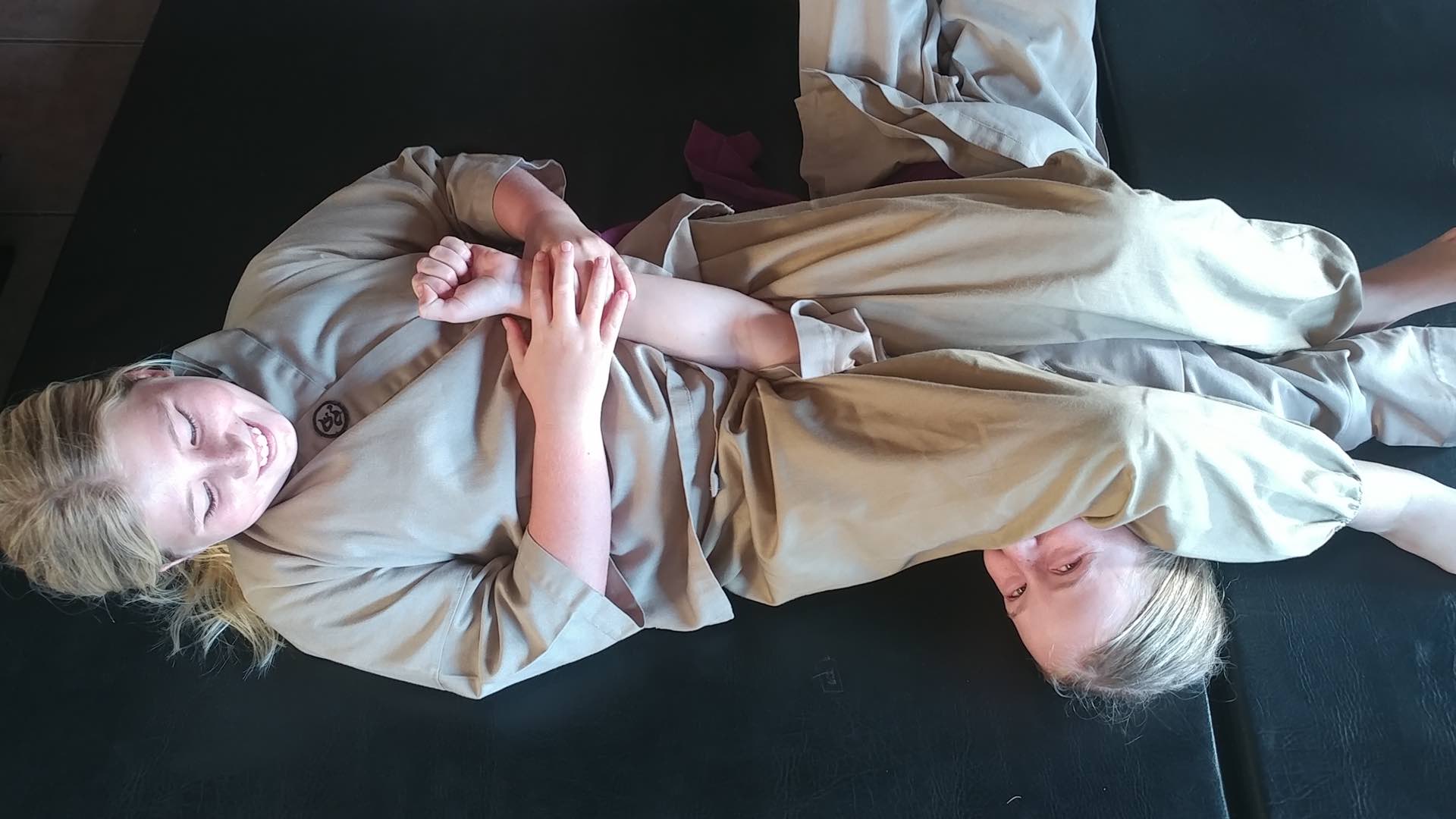 Teaching or nurturing tenacity is not an easy task. It is only developed in a young person through repeated ‘enduring of uncomfortable situations’. Each so called difficult situation that is endured by a young being gradually teaches them that good things lie ahead. Not all good things are here, now, with instant gratification.

This is one of modern societies most dangerous problems that face us now. Our younger people simply cannot endure anything. Life will, at some point, throw problems and heartache at our children. Without the qualities of endurance, tenacity, and grit, where will  they be? Emotional wrecks? Drug addicts?

Angela Duckworth, co-founder, chief scientist, and a board member of Character Lab, is a nonprofit organisation whose mission is to advance scientific insights that help children thrive. She is also a professor of psychology at the University of Pennsylvania, and in 2013, was named a MacArthur Fellow. Ms Duckworth has done extensive research, written, and spoken, on all aspects of this phenomenon she called grit. We recommend you look into her work. Start on her Ted talk here..

The Warrior Heart Child development program is a strong environment for developing tenacity and grit. Ninja operatives of old were masters of enduring and surviving. This is in our program by default. Each technique, each acrobatic movement, is a mountain for a small child to climb. As each milestone passes, the children learn that pushing though, enduring, is a positive trait. Because each skill or technique is relatively quick to learn, confidence levels soar, and the child develops grit.

Strong in Hand, Kind in Heart

As we have mentioned, the Warrior Heart school motto is ‘strong in hand, kind in heart’.

It has been our experience through 40 years of teaching bullied children, raped woman, and other damaged men, that most of such unfortunate events could have been avoided by a different mindset, a mindset set early on in life. Thus, we advocate the concept of strong people with a kind heart and good actions toward others. When things go wrong the exponent then turns to a firm, strong, resistance. Most conflicts, including schoolyard bullying, end when the ‘victim’ responds firmly. However, for those unfortunate times when things get worse, our exponents will use force only when force is absolutely necessary – no other time. With that stated we also advocate defending the mind and spirit, as well as the body. Bullying is often most powerful at the psychological level. On the few occasions that our members have been required to use force, each one has told us how they were able to regulate the level of force in their response. This is the highest level of the art – using only what force is appropriate.

It should be noted that to get to a level where one can control their force, control the conflict, and control their emotions takes considerable time and training.