Our Story in Brief

Continued below, is a brief outline of how and why we got here. The full story is quite complex so we will slowly add more meaningful articles in the blog section.

In China, Japan, and Korea, there are legends of black-clad, veiled operatives, of both men and women, stealing into households as spies, assassins, and thieves. The general outline of these stories indicates these operatives possessed incredible skills of stealth and agility and were masters of combat. ‘Ninja’ 忍者 is the name, or image, that springs to most peoples mind and this concept would be partially correct. Ninja 忍者 were the stealth operatives of Japanese history, however, the enigmatic black-clad stealth operatives of the night were a real, somewhat common figure, in all of Far Eastern history.

The origin of all Far Eastern stealth traditions was of course China, but for political and various other reasons, the true history of stealth has, up to now, been incorrectly presented to the open world. Japan seems to think it has much to lose if the truth surrounding the origin of the ninja 忍者 was to be confirmed as China. Their fears are both political and financial in nature.

If we had not served a grueling twenty year apprenticeship in a living tradition of the art of stealth, we certainly would not have been able to untangle the truth that was buried in history. It was through Master Kwan Yuen Cheong 關潤昌 that we received the once secret teachings of the warrior art accompanied by a collection of private manuscripts passed through the lineage of knowledge. This collection is known as the Warrior Heart 戦士心 record. It is an assortment of hand written manuscripts composed and preserved by the last seven generations of exponents. The content ranges through the history of the Warrior Heart 戦士心 tradition, weapons making, stealth techniques, personal anecdotes, and so on. While the original Warrior Heart 戦士心 record was vital to our training and research, it was not enough for the modern, comprehensive academic study, that we were hoping to do. As a result, we spent decades scouring the Far East for old martial art manuscripts, weapons, tools, and any other relevant artifacts we could find. Our efforts have resulted in one of the largest private collections in the world today.

From these humble beginnings we were able to expand our research and eventually uncover what no other historical researchers ever have. That is; a comprehensive historical account of the Chinese art of stealth known as Yin Fa 隱法, and the highly secretive stealth operatives known in military circles as tong 通 or tong shi 通士, meaning ’penetrators’.

It has been an extraordinary experience to receive the secrets of this warrior art, its origins, and evolution, passed across three thousand years in time. Then, to be able to cross reference the same secretive tradition with corroborating historical, archeological, and sociological evidence, has been simply astounding. When asked as to how and why we were the first people in history to research and record the Chinese art of stealth, our answer is surprisingly simple; Never before in history has anyone – ever – had such open access to a once forbidden tradition and a vast compendium of historical documents for scrutiny and reference. Such is the wonderful moment in time in which we have lived.

Today, we apply this esoteric knowledge to a child development program that heightens the physical and mental development of young people. We teach adults who want to learn the most powerful of warrior arts. We continue to break new ground in our academic research and we are currently preparing to share the information in multimedia presentations. In 2021 we published the only book to ever be written, in any language or culture, on the Chinese art of stealth. The first edition was a collector’s item and the second edition will be available to the public in the future. 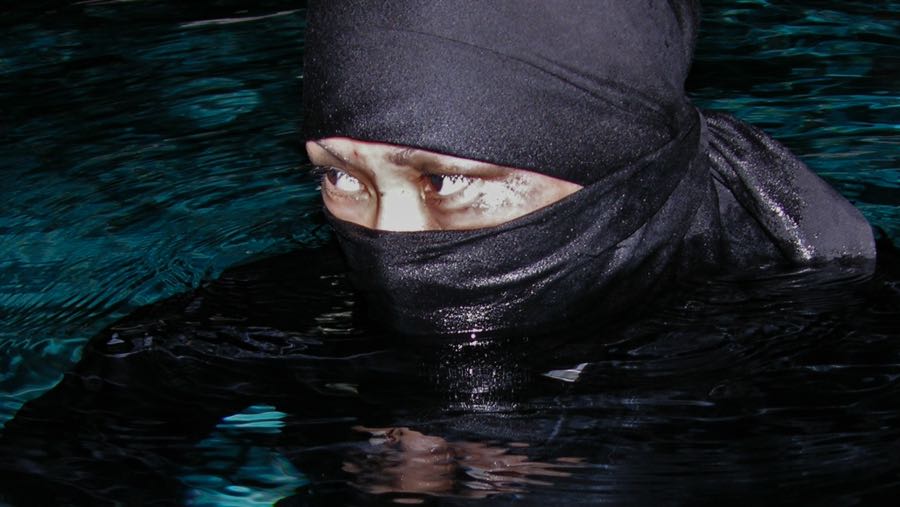 Noelle in yinshen shu 隱身術, or ‘invisibility’ training, in water. 1999

The two of us with Master Kwan Yuen Cheong 關潤昌, with whom we served a 20 year apprenticeship in a living tradition. The document is our blood oath to the Master and the warrior tradition. 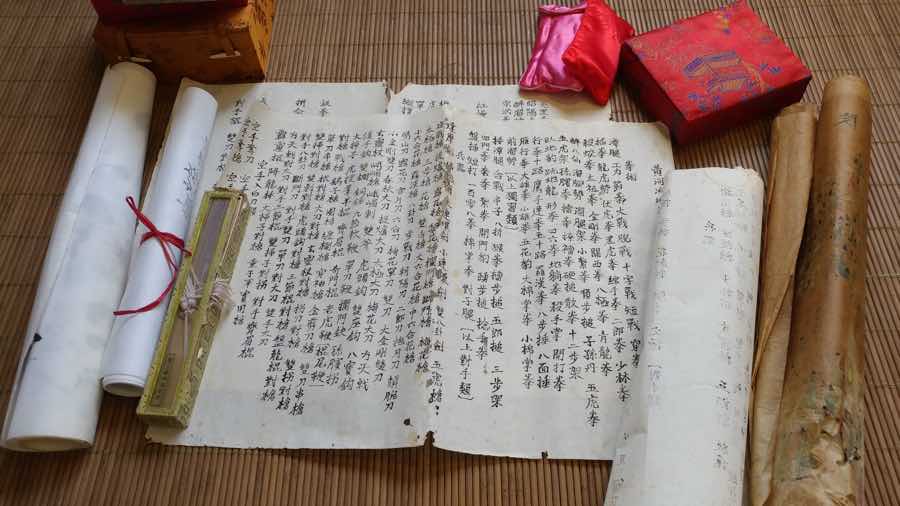 Studying a late Qing Dynasty 大清 document from our own collection. Known as the ‘Warrior Heart Record’, it is one of the largest private collections in the world today. 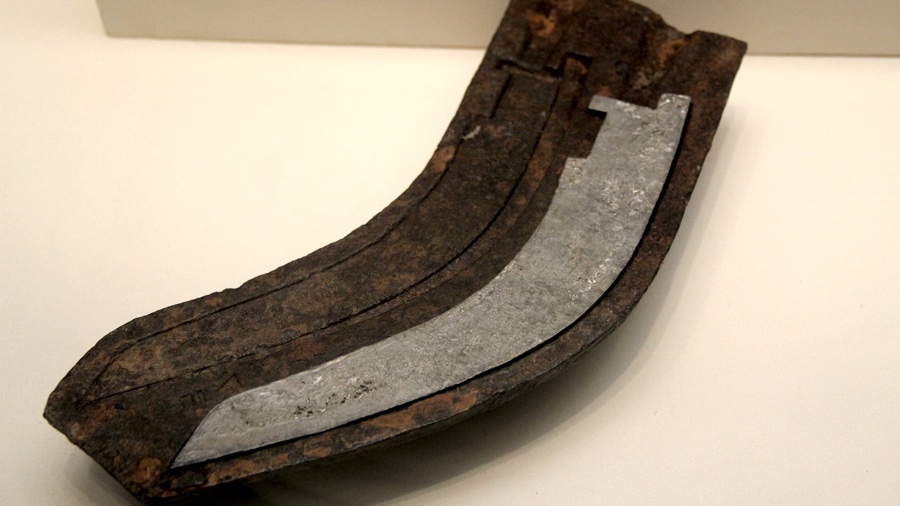 Studying a sickle and mould from the Warring States period (475-221 BCE).

Our book, ‘The Chinese Art of Stealth’. This was a limited edition for students of our tradition with a new public edition in development. 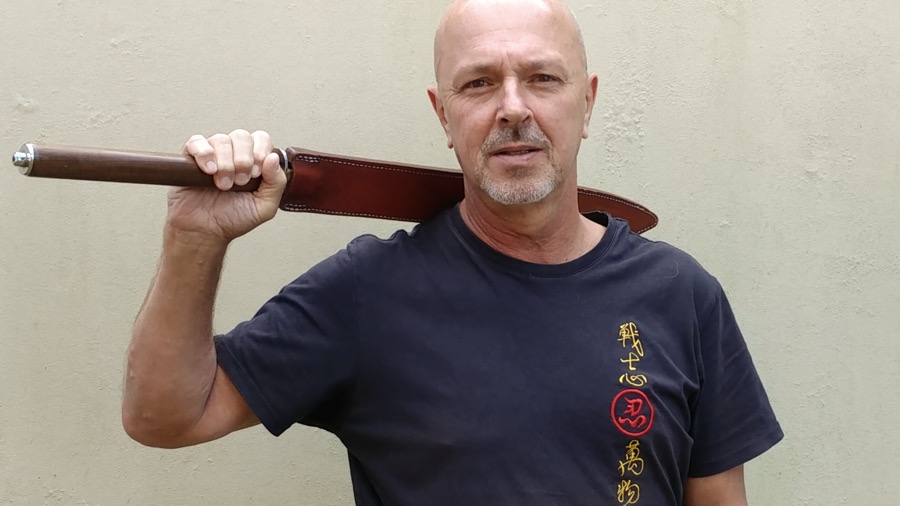 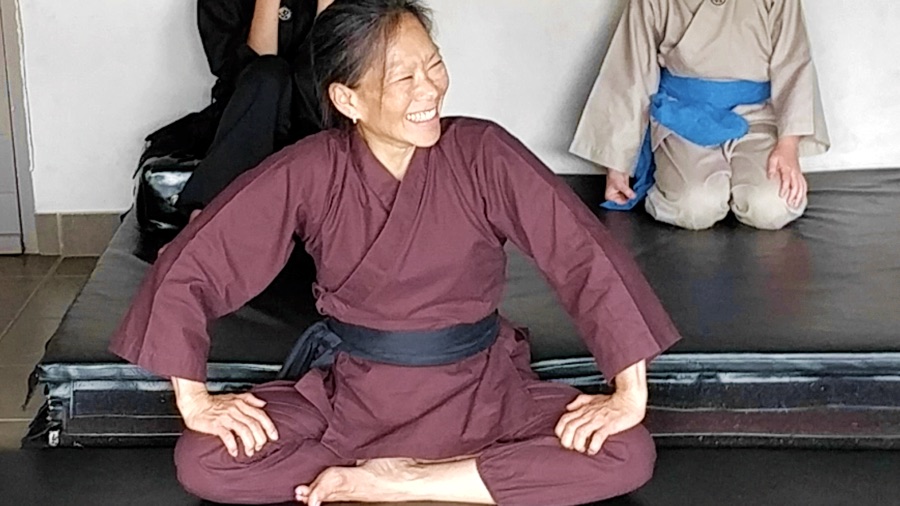