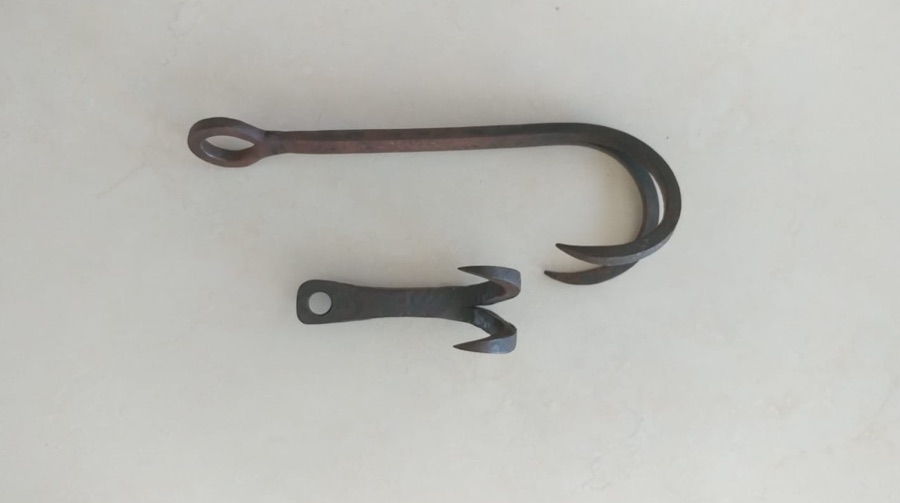 The fēi zhuǎ 飛爪 – Flying Claw – is never mentioned with more than a few words these days. The truth is that people no longer know what it is, or what it was used for. The tool – and weapon – is a simple item, but its practical use can be extremely complex and thus requires serious training.

The weapon/tool can be used by the midnight thief 夜半偷 to assist in scaling walls, trees etc. It can also be used as a weapon to tear or rip flesh. Such techniques are of the ‘rake’ principle in Chinese combat systems.

As a military weapon, the fēi zhuǎ 飛爪 was used to catch and pull horsemen off their mount. The loose end of the rope was pinned to the ground and the claw used to catch the rider. As the horse continued on, the rider was jerked off his saddle, hopefully with a nasty wound to add to his fall. On the ground he could be dispatched with accordingly. For short range combat, the claw is held in the hand and used to rake the opponent in the soft areas of the body.

The weapon has a satisfying psychological aspect to it. Somehow it reaches down to our primeval fears and the thought of being raked by a rusty claw is just not appealing to the potential receiver.

The claw varied in size as per the preference of its owner. Some were very small and used by thieves, others were larger and used like grappling hooks by the military.

The midnight thief 夜半偷 of the Warrior Heart tradition always carried a claw under the night clothing 夜行衣 jacket. Those of other traditions often carried the claw too, as described by Wan Laisheng 萬籟聲, in his book, The Quintessence of Chinese Martial Artistry 武術匯宗. 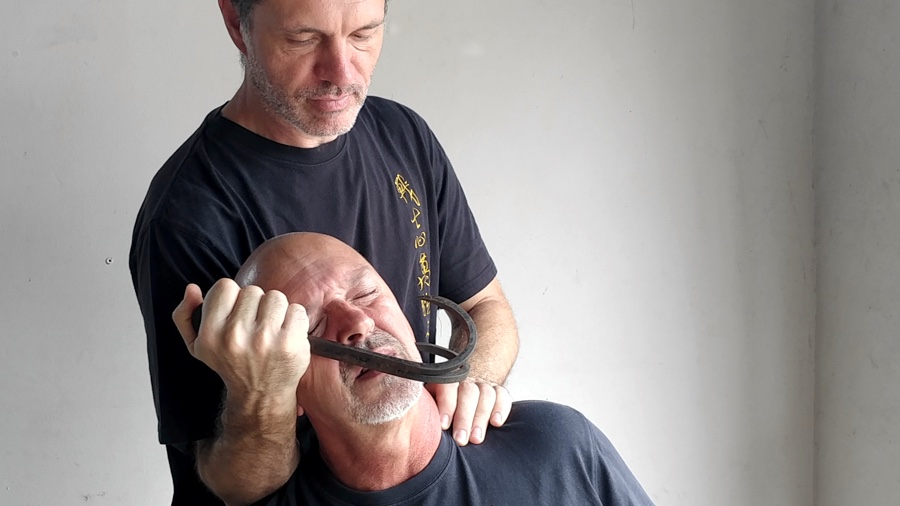