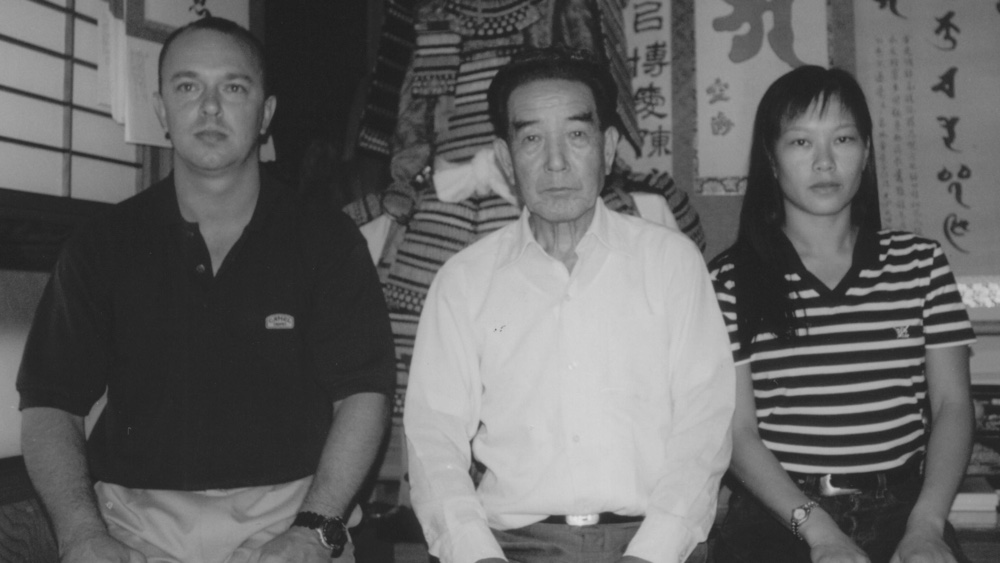 Les and Noelle Conn with Otake Shihan in the middle. 1987

In 1987 we met with Otake Risuke 大竹利典, martial master of the Tenshin Shoden Katori Shinto-ryu 天真正伝香取神道流, at his home and dojo in Japan. We were in search of the complete warrior art of the ninja 忍者 and while many people in Japan made various claims on this subject, we did not feel their opinions would be both unbiased and credible for our purpose. The Tenshin Shoden Katori Shinto-ryu 天真正伝香取神道流 has a well-documented tradition of preserving certain ninjutsu 忍術 skills and is widely considered as one of the finest sword schools in Japan.

The school was designated an ‘Intangible Cultural Asset’ by the Japanese government on the 6th of March 1960, with Otake Shihan being designated as one of the guardians of the tradition. It was a great honour for us to be received by Otake Shihan who treated us as if we were special guests and not the young naive researchers that we were. Neither of us spoke Japanese so communication was done through writing kanji 漢字, common to both Noelle’s native Chinese language and Otake Shihan’s Japanese. Otake Shihan responded positively to Noelle’s young, well-mannered presentation, and we subsequently spent almost three hours listening to the Master’s fascinating anecdotes. 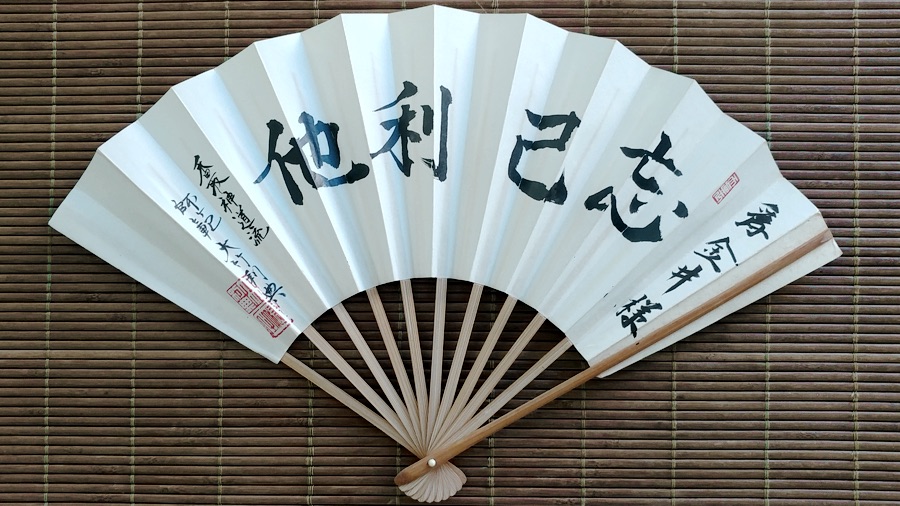 This paper fan was brushed by Otake Shihan on that fateful day.

Otake Shihan told us that there was no point in looking for a complete art of the ninja 忍者 in Japan and that only remnants remained. He explained that several samurai schools taught ninjutsu 忍術 as a countermeasure to ninja 忍者 operations, and that ninpo 忍法 was the total warrior art and skill set we were looking for. This was our first exposure to the comparison of ninjutsu 忍術 to ninpo 忍法 – a key point that is so often missed by researchers.

Otake Shihan told us to look to China and the Chinese community for the ‘original’ art of the ninja 忍者, (ninpo 忍法) – a comment that surprised us no end. Otake Shihan went on to tell us that the origin of the ninja 忍者 arts were considered to be that of China and even disclosed some compelling evidence to help us digest it all. Of course, we had heard and read such comments before but Otake Shihan’s evidence was impressive to say the least. With Noelle being ethnic Chinese, we decided it was easy enough to take a look – a look based on a few very important leads given to us by Otake Shihan. What we ultimately discovered was a vast untouched subject that led us down a path of adventure, discovery, and training like no other – a path we are still on today!1